We are delighted to have welcomed 10,000 visitors!

The sixth edition of the Vienna Science Festival took place from 9 to 11 September – and this year’s event once again proved a roaring success. Around 10,000 enthusiastic visitors, the researchers of tomorrow, experienced science up close and discovered the professional fields of the future at 30 stations and a variety of new workshops. The 2022 edition of this popular hands-on event was staged at Vienna City Hall. Vienna Business Agency teamed up with the city’s businesses, universities and universities of applied sciences at the free event to enable visitors to get to grips with various topics.

In a first for the festival, visitors were able to research popular topics in a series of workshops. These events gave children and young people the opportunity to tackle issues they found particularly interesting in small groups. This included discovering how augmented reality can be combined with dancing, accompanying a robot on a power plant inspection and solving the riddle of a marine biologist with an escape box.

In another first, this year’s event also featured a dedicated area for toddlers and small children, which was enthusiastically received. In addition, the festival focused on the future more than ever before. It included a “Street of Future Professions”, which allowed children and young people to learn about a number of exciting professions in the fields of research, technology and science.

In addition, the inaugural edition of the futureEDUCATION Award was presented as part of the Vienna Science Festival.This prize is awarded to educators who have already dedicated their final theses and projects to teaching "MINT", i.e. mathematics, information technology, natural sciences and technology. 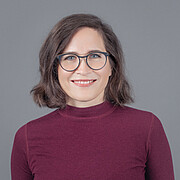