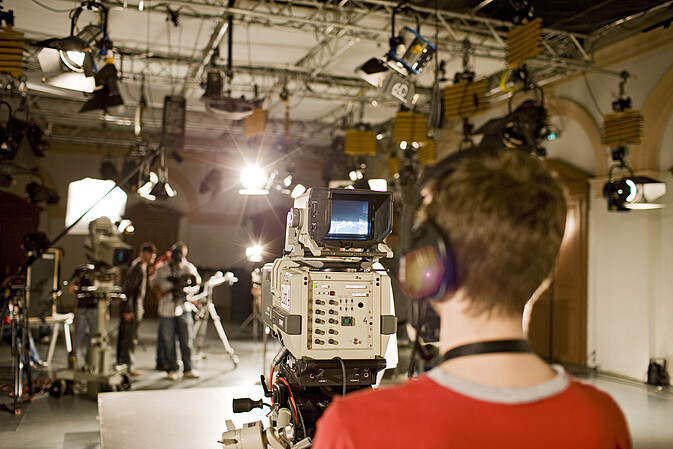 The Media Quarter Marx (MQM) is approximately 40,000 m² and offers modern offices and TV studios. They are spread over three objects (MQM 1, MQM 2 and MQM 3) and tailored to the needs of media professionals. Companies and startups can use the studio space or post-production facilities on a principle of sharing. Infrastructure, events and network meetings serve in MQM for the networking of the various participants out of a wide range of media — from TV to print, to mobiles through to games.

The largest tenant in MQM 3 is the ProSiebenSat.1 Puls4 group. In addition to the Wiener Zeitung and the echo medienhaus there are also a number of smaller companies. Here it has been possible to address the topic of on-site training with the bfi Vienna — FH.

In addition to MQM 1 with its studios and event areas,  many media operators including the Vienna Film Commission are located in MQM 2. As a focal point for filming in Vienna, they offer a free service supporting national and international film and television productions in feature and documentary films, documentaries, student films and commercials.

The two former administration buildings of the Central Cattle Market St. Marx have been restored in 2003 (MQM 1) and 2008 (MQM 2) in line with preservation principles, characterizing the brick architecture of the Neu Marx location. The MQM 2 has a particularly exceptional feature: it is one of the first protected buildings that is partially thermally isolated — and has been equipped with a water heat exchange pump. The entire building is cooled in summer and heated in winter using groundwater. All of the lighting of the building is performed by LED and therefore rounds off the demand for resource efficiency.