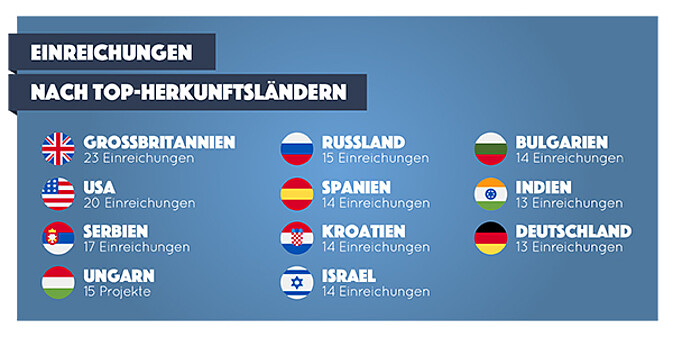 Vienna: a hot spot for startups

Requests are doubling for the Vienna Startup Package: Since its launch in 2015, the number of applications have doubled every year. It started out with 40 applications in 2015, and there were as many as 230 this year. Applications have come in from 73 countries. Due to the high level of interest, the number of spots to be assigned will be doubled, and a total of 20 startups will be invited to Vienna in 2018. The new application process has already begun and ends on January 31, 2018. Apply now.

Another important contribution to the international positioning of Vienna is that we have managed to attract the business of the multi-corporate accelerator weXelerate. Interest in Vienna is great – 1,000 submissions from all over the world have been received so far. Talent Garden, Europe's largest startup co-working network, has also opened an office in Vienna. Talent Garden is an important player on the scene and has a network of 18 locations across Europe.

Native Vienna startups also receive support to realize their plans of  growth and internationalization. The Vienna Business Agency  offers free expansion workshops that explain every step involved in growing a company. After all, decisions on how to expand a company should be well planned and the risks clearly identified.